What are Your Hips Saying?

Hips speak volumes! They naturally want to express joy, balance, and the movement of Life

Our hips are our biggest joints and a critical portal for energy flow throughout the body.  Hips are designed to move in all planes, in all directions and one of the greatest ways they can do this is dancing.  The feminine aspect in us wants to express the joy of beautiful movement through the hips – i.e dancing.  The masculine in us wants to express the joy of procreation through the hips – i.e sex.  Because we all have some of each in us, our hips need a healthy balance of all that joyful movement – dancing and creative sex.

When a client comes in complaining of hip problems, I usually feel a deep shut down of life force through the area.  More often, I don’t hear a direct complaint about the hips, but I feel tightness in the hips and I hear the hips, themselves, pleading for movement.  I tell the owners of those hips that one of the best things they can do for their hips and increase their joy in life, and their overall mobility and is to dance – regularly and with gusto.

Typically it is women’s hips that cry out for dancing, but just the other day I felt that same longing in the hips of an active 82-year-old man. He complained that he had injured himself doing yard work and couldn’t  go to the dance classes he liked so much.  His “homework” was to go home, put on some music, and move to the music, feeling into what his body could do, then.  He e-mailed me a few days later saying that he’d awakened the next morning, put on music, and danced with his wife to their mutual delight.  He also hinted that the opening of energy had brought them both additional perks – wink-wink. 😉

Dancing is the Cure for “White-man’s hips”

I think of the typical tight hips of North America as “white-man’s hips” – stiff, controlled, held-back and unable to express the joy that makes life vibrate.  We have deep cultural taboos dating back to the Puritans. In the 1950s, the American reaction to Elvis Presley’s hip-gyrating moves showed us both how we craved that movement and how conflicted we were about it.  “Elvis was the only man from Northeast Mississippi who could shake his hips and still be loved by rednecks, cops, and hippies.” (Jimmy Buffett) Watch this video of the King, himself, and you can’t help get inspired to move along with him. 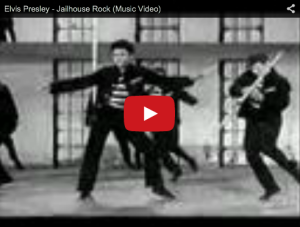 Contrast the movement – and relative health – of hips that can swivel and twist in moving or dancing to salsa or samba music. It’s about permission, and practice.  We need more swivel-hipped heroes.  Watching one of the great, inspiring dance movies  (e.g Footloose, Flashdance, or Step Up) will get you up and on your feet!

SITTING IS THE NEW SMOKING

Our hips, knees and ankles are healthiest walking on uneven ground, over rocks and sticks.  That varying terrain helps us use all the muscles of our feet, ankles and legs in a balanced and integrated way.

Modern, industrial/urban life predisposes hips to move in one plane of motion: forward-backward and up-down.  Sitting (or slouching) at a desk or in front of a screen; walking on sidewalks and pavement; driving a car, watching TV – all involve the same plane of movement. If that’s all your hips do, they will be miserable and you will eventually suffer for it.

It’s only in the last 100 or so years that most of us are mostly walking on flat floors and sidewalks.  Those smooth, level surfaces force us to use certain, forward-propelling muscles all the time while the muscles, tendons and ligaments that allow us to twist and move from side-to-side and are underused and then weaken. Treadmills epitomize this tendency toward regulated, unnatural movement and are terrible for your joints, causing repetitive motion stress and injury over time.

I am not the only one to predict that injury and illness resulting from too much sitting will skyrocket and surpass smoking as a major cause of disease.

Energy stagnates when it doesn’t flow

Violation is the most dire cause of shut down in the hips and it can be passed on generationally, from father to daughter, from mother to son. (see my “Death Wish” story in Issues in Your Tissues.  Often the fear or prohibition that hips hold is left over from years past.  Unlocking such emotional stuckness is the foundation of the work we do in my private practice and is thoroughly discussed in my book.)

Get up and Dance! – Hips just want to have fun!

For many complaints, dancing is a wonderful panacea. In fact, complaining  – about anything – is a sign of congested energy in the hip area.

Digestive constipation affects flow of energy through the whole lower trunk. Dancing and uncongesting the whole pelvic area can help your digestion tremendously.

Fear (of pregnancy or violation) is another thing that shuts down the hips and prevents the joyful expression of life-force energy.  If you have fear in there, try dancing in a safe way, by yourself and see if you can un-stick some of that long-stuck energy.

Whenever you can, go outside and walk on bumpy ground. Hike over rocks and streams. Take the grass path over the concrete one.

To help keep your hips healthy:

Creative, multi-movement sex is fantastic for the hips.  If you don’t have a sexual partner, you can still give yourself the life-affirming benefits of sexy movement. Dance to open the channels and keep that energy flowing and healthy. 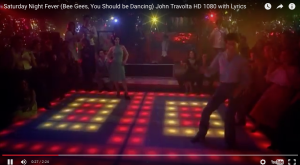 Your hips do so much for you. If they don’t pain you, appreciate them and all the ways they allow you to move. If they do pain you, that’s more reason to appreciate them for whatever they can do.  Still, you want to move them as much as you can to increase blood flow to your legs and back.

Throw Your Hips a Dance Party

Give yourself permission to let loose, have fun. Open your energetic channels and let your hips express joy and life.

Watch either or both of these videos.  Better yet, play them and dance along.   Don’t be shy. put on the music and move to it!  Your whole body will thank you!! 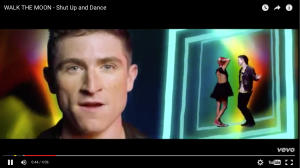 You don’t have to have a lot of space to dance and you don’t have to go out. You can dance outdoors, in a bathroom, even.  It does help to have music but I’ve even seen people dance in silence to the music in their heads.  I have a dance playlist on my iPod and it never fails to get me and my hips moving.  Put on music that energizes you and move to it. Do this often.

For more insights into what your body is asking for, buy and read Issues in Your Tissues. It’s full of stories, exercises, and information you need.