Tears on the Mat – Emotional Release during Yoga

Tears on the Yoga Mat, Yes!  – for Yoga Students 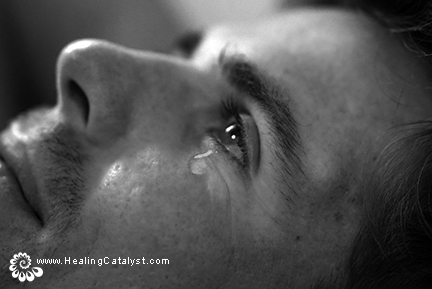 The word yoga comes from the Sandskrit word for ‘connection’ or ‘union.’ A yoga practice connects awareness of the breath with specific poses (asanas), whose energetic effects bring harmony and union to the whole being. That includes body, mind, spirit, and emotions.

Because it has been around so long (roughly 1500 years) and has involved so many people and cultures, yoga has evolved in many different ways. The yogic spectrum runs from an approach that treats the process primarily as physical exercise, to an approach that focuses on breathwork and chanting as the gateway for spiritual transformation. You can easily find classes in hot yoga, partnered yoga; yoga with continual movement or long-held poses; laughing yoga; yoga with chanting or without; by yourself; in a room with many others; online… There are hundreds of variations.

In some practices, the form is emphasized, in others, the effect or result is emphasized, but all include breath, positioning of the body, and awareness of the transitional connections between poses or movements, i.e. the how is generally as or more important than the what.

What I’m saying here also applies to tai chi, qi gong, and other practices that bring body, mind, awareness, and breath into alignment. Breathing while moving or holding poses – especially holding for a long time – moves energy through the physical stuck spots that often hold buried emotional energy. For example, yoga’s “camel pose”, where you kneel and stretch your chest open, bend backwards and reach for your heels, is a known tear jerker as it literally opens the chest and exposes the heart.

Align with Your Body Type

It helps to understand a body’s natural tendencies based on its structure. There are three body-type extremes, or poles. Most bodies are a blend of types, falling somewhere in the area between the extremes.

Ectomorphs are long and lean, with relatively little muscle or fat. Picture a green bean or pencil.  Ectomorphic bodies need stretching over massage or vigorous movement. They tend to accumulate tension and stiffness in their tendons and ligaments rather than in their muscles. I think of ectomorphic bodies as “yoga bodies”. Ectomorphs are thinkers.

Mesomorphs have shorter bones and bigger, heavier muscles. Picture an apple or sturdy fire-hydrant. Extreme mesomorphs are often “hard bodies” or bodybuilders. Mesomorphic bodies need movement more than stretching and often prefer strenuous physical work. Tai chi, massage, and movement-oriented yoga practices may be a better fit for them. I think of ectomorphic bodies as “working bodies”.  Mesomorphs are doers.

Endomorphs tend to a pear shape with wider hips and soft flesh; they tend to put on fat. Picture a plump, juicy pear. They also tend to be emotional and shed tears more easily. I think of ectomorphic bodies as “hugging bodies”. Endomorphs are feelers.

Finding a practice that fits your body’s needs makes all the difference for what you stick with.The practice becomes a gift to yourself as well as those around you as it builds your centeredness. As a physical mesomorph, I am not built to do an elegant, locked eagle pose, ever. I do both yoga and qi gong for their respective benefits.

When the Tears Start to Flow – Handling Emotional Release

If your yoga practice brings on emotional release, consider yourself lucky. It’s generally healthier to release stuck emotions than carry them around. Otherwise they tend to leak out unconsciously in your behavior and cause problems. Although many of us feel uncomfortable with intense emotions – in ourselves or in others – you can cultivate an attitude of acceptance. It’s only when you feel safe that pent-up tears or laughter can come out.

It’s great if the instructor sets up the practice with a few words about emotions being welcome and explains how she (or he) might handle emotional release if it arises. She doesn’t need a degree in psychology or to be a high-level intuitive to facilitate this emotional healing. To hold space for potentially uncomfortable emotions, the instructor can simply deepen her breath and encourage her student(s) to do the same. If she feels it’s OK, it probably will be. This holds true if you are in a class with someone else who’s releasing emotions, too. The idea is to bring a child-like wonder and curiosity to what’s happening. Do this by letting go of any pre-conceived ideas, agenda, or judgment you might have, and expand into the present moment.

As your emotions flow, be gentle with yourself. Invite your mind to observe from a slight distance and allow your body to lead the way. You don’t need to understand what’s going on for it to do what it needs to do. If you need to understand, ask yourself: “If my hip (or whatever body part) could speak, what would it say?” It is amazing how willing most bodies are to “speak” when given a sincere and willing ear. You facilitate the opening with an attitude of acceptance far more than with any particular technique. 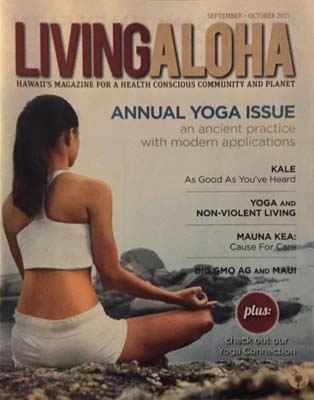 Whether you are in a yoga class, doing asanas on your own, or doing another meditative practice, the thing to do when an emotion arises is to deepen the breath and sink into it even further. Giving permission for emotions to surface in your practice(s) will expand the healing possibilities immensely.

For information about Workshops on facilitating emotional release in a yoga or other healing practice, please call 808-575-2244 or go to www.healingcatalyst.com/workshops/. For more about this subject, see my blog post on Facilitating Emotional Release for instructors.

For more about the Author, go to MauiHealer.com